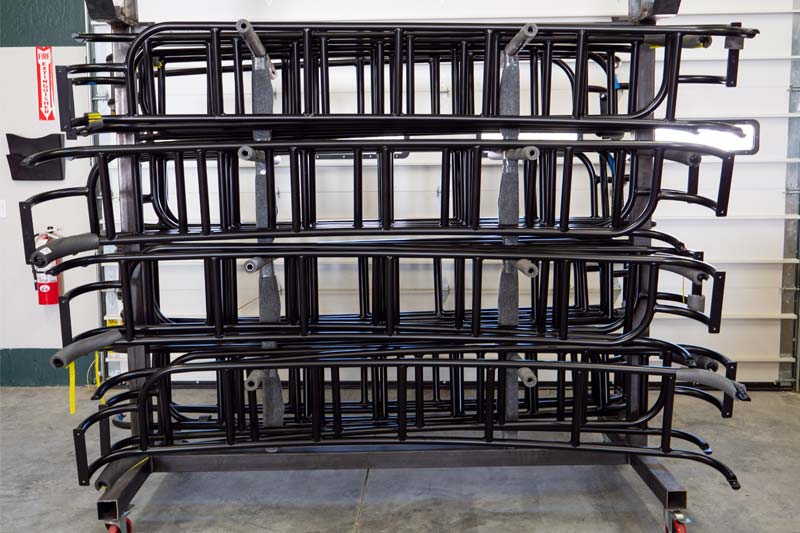 When Aluminess founder Dave Hoskins first decided to perfect the off-road truck bumper, he was laughed at by the automotive industry. At the time, aftermarket bumpers were exclusively welded out of heavy steel to ensure durability. While such materials are undeniably strong, they’re also heavy causing extreme strain when attached to non-military vehicles. Being a gearhead, Dave noticed this fault and sought to remedy the problem by switching construction materials from steel to aluminum. This is precisely the time at which the laughter started.

According to conventional wisdom (circa 1990), aluminum was suitable for making soda cans, not truck parts. Despite arguing that aluminum was also used in the production of fighter jets, Dave hit roadblocks and was ultimately unable to convince established companies to produce aluminum parts for him. Determined, Dave took matters into his own hands, hired a welder from a San Diego shipyard, and began constructing parts in an empty parking lot.

Over next 17+ years, Dave’s company “Aluminess” proved to the off-road world that aluminum in not only suitable, but superior for 4×4 truck, van, and SUV modification. Presently, Aluminess has a solid reputation for manufacturing quality products within the van life / overland community.

In early June, I interviewed Dave Hoskins about vans for my upcoming film Van Boom. In addition a unique perspective on van life, I also got a big slice of history followed by a van tour from Dave. I captured it on film for your viewing pleasure.

How To Make A Tasty Green Smoothie Every Time

Morel Mushrooms 101: How to safely locate, harvest, and eat morels

FAA Part 107 Drone Pilot Re-Certification | You Can do it Online for free!