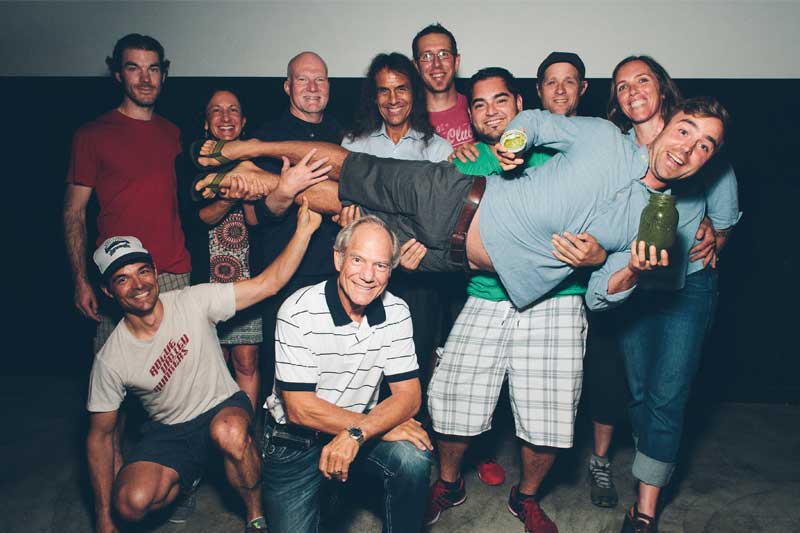 Can a green smoothie positively influence sports endurance? I decided to find out firsthand. In 2013, I conducted a six-week pilot study to see if regular consumption of homemade green drinks had any positive effect on active people. I rounded up 10 endurance athletes from my hometown and assembled a medical team to help collect and interpret the gathered data. With cameras rolling, I put the participants through extensive blood tests, oxidative stress tests and rigorous endurance tests prior to the start of the study. Once my medical team collected all the baseline statistics, I began supplying the athletes with green smoothies.

Every athlete received a quart jar of green smoothie daily, along with instructions to consume the entire portion in addition to his or her regular diet. In the interest of reducing as many variables as possible, my athletes agreed not to deviate from their typical eating and workout schedules during the entire six-week trial.

After a month and a half of incorporating smoothies into their routines, my athletes underwent retesting using the same methods as those from the beginning of the experiment. The end results proved extremely positive. Almost all the participants saw increases in their endurance and general health markers post-smoothies. One after the other, my runners and cross fitters testified that green shakes gave them more energy, helped their muscles recover from workouts quicker, reduced cravings for unhealthy food, and improved their mood.

Analysis of athletes pre- and post-smoothie blood work revealed more good news. Study participants showed improvement in the concentration of vitamins and antioxidants in their bodies post-smoothies. Perhaps the most notable change my research team discovered was a significant reduction in C-reactive protein (CRP). CRP is a test that measures protein particles in the blood. Protein particles are directly linked to levels of inflammation. The higher the CRP levels, the more inflammation is present in the body.

Nine out of ten of the competitors managed to reduce their C-reactive protein levels significantly by drinking green smoothies. The only participant who didn’t see an improvement in his inflammatory markers eventually confessed to not living up to his end of the deal, i.e. not drinking his smoothies. I believe this reduction in inflammation explains precisely why the overwhelming majority of my runners and cross fitters reported feeling lighter on their feet, having more energy, and experiencing faster recovery times post workout.

After conducting this pilot study, I am convinced more than ever before that green smoothies are immensely beneficial for everyone, especially people who are physically active. While green smoothies have been a part of my routine for years, I find myself drinking them more regularly and consciously in the wake of this experiment. Many of the people involved in my film (athletes, camera crew, doctors, and lab technicians) also share in my convictions and continue to drink homemade smoothies daily.

Obviously, I encourage you to do the same.

Want to experience the effects of green smoothies for yourself? I encourage you to try my 30-Day Green Smoothie Challenge. It’s easy and free! All you have to do is follow the instructions in the video below.

How to Make Dandelion Root Coffee from Scratch

FAA Part 107 Drone Pilot Re-Certification | You Can do it Online for free!